Created 20-Jun-17
Modified 22-Mar-19
Visitors 21
21 photos
The Fort McDowell Yavapai Nation Cemetery, or "Ba Dah Mod Jo" Cemetery, was where those who died performing duty at Fort McDowell were buried. When the land was ceded to the Yavapai Nation the non-Indian personnel buried there were reinterred at the El Presidio Cemetery in San Francisco.

The cemetery contains such notables as Dr. Carlos Montezuma, a founding member of the Society of American Indians and the first American Indian male to receive a medical degree. Here also lies a grave commemorating the Indians killed at the Skeleton Cave fight on the Salt River. The engagement took place on 28 December of 1872 and the remains of the dead lay above ground until the turn of the 20th century.
© Darrow Photography 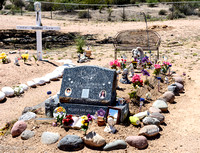 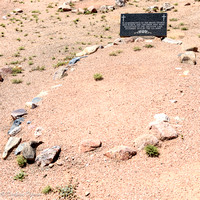 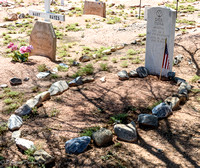